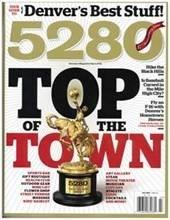 Grant has no recent activity

Specialties: Residential Real Estate, Luxury Homes, Douglas County & Greater Denver Area. Grant moved to the Denver area in the early 1970s and his father was one of Douglas County’s early real estate developers. Ranked among the top 1% of Brokers in the country and has sold thousands of homes, nearly half of those were previously listed by brokers that were unable to sell them. Grant built and ran one of the top 500 real estate offices in America here in the Metro Area, closing over 2 billion sales, earning national recognition as an industry leader, coach and trainer. Starting with just 25 agents and ending with 275 brokers. Recognized as #1 Top Grossing Agent at Cherry Creek Properties LLC for all of 2013. In July 2014 sold and closed over 10 million in 30 days and exceeded 28 million in sales for 2014.