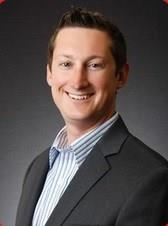 Jesse has no recent activity

Jesse was born and raised in Ft. Collins, CO He attended Ft. Lewis College in Durango where he earned a Bachelor of Science in Chemistry. Since obtaining his real estate license in 2012 Jesse has far outpaced the national average for sales volume. This can be attributed to his work ethic and propensity for listening to and catering to his clients' needs. Jesse lives in Lakewood with his wife, daughter and son and has been a Broncos season ticket holder since 2010.