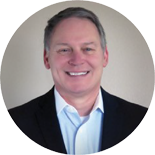 Gene Millman has more than 30 years of real estate experience. He began his career as a sales associate and then transitioned into management where he held positions as a Broker-Manager and Director of Training, Career Development, and Consulting. In 2004, Gene opened his own company, Millman Realty, and served as President and Managing Member until April of 2011 when Emory Hill Millman West Real Estate was formed through a merger. He then re-established his own brokerage, Gene Millman Real Estate Services, LLC, in 2016. Gene’s leadership and experience led him to the Board of Directors for TREND MLS, where he served as Chairman from 2013 to 2016. Following the merger that created Bright MLS, he transitioned to the newly created Board of Directors and served as Vice-Chair. Gene’s passion for the MLS, along with his broad background, uniquely qualified him for his move in 2017 to the Northern Nevada Regional MLS (NNRMLS) where he served as CEO prior to joining REcolorado as President and CEO. Gene is a member of the COVE Group, the NAR Executive Advisory Board, and the Multiple Listing Issues and Policies Committee. 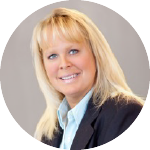 Leesa has a Paralegal Degree and is a Certified Professional Standards Administrator who is intimately familiar with the needs and expectations of brokers. Leesa has the ideal background to lead the REcolorado Customer Care and Compliance Team. Her professional experience includes 18 years in legal administration, 17 years in real estate, and 12 years in customer service. She serves as the staff liaison to the REcolorado Rules and Regulations committee where she oversees the shaping, implementation, and enforcement of MLS policy to better serve the brokers of Colorado. Leesa is also an active member of CMLS where she uses her platform as a seasoned professional to share insights into the MLS industry with others. Her Customer Care Team recently scored “better than best-in-class” in a survey conducted by the Loyalty Research Center. Previously, she served as associate broker/transaction coordinator for Stucy Realty Company, assistant chief deputy for Arapahoe County, and office manager for Ellis Armistead and Associates. She also worked for Continuing Legal Education of Colorado and the Law Firm of Darby, Delano and Price, LLC. Leesa attended Otero Junior College, Metropolitan State College, and Winona State University. 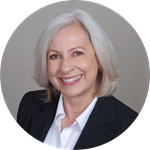 Dana is responsible for engagement with ever-changing industry initiatives and standards at REcolorado. Having been a broker/owner with Seasons Real Estate Group and a full-time REALTOR® for 12 years, she is very familiar with the needs of the broker community. Dana has served on the board of the South Metro Denver REALTOR® Association and the REcolorado Rules and Regulations Committee. Previously, she was the Director of Marketing and Technical Support at REcolorado and both a trainer and a sales representative for a variety of leading hardware and software brands.

Dana was recently appointed to the CMLS Workgroup on Data Access and is a regular participant in the Real Estate Standards Organization (RESO) Research and Development Workgroup. Dana attended Colorado State University and has earned GRI, ABR, and e-Pro designations from the National Association of REALTORS®. She also earned her CMLX1 and CMLX2 from the Council of Multiple Listing Services (CMLS). 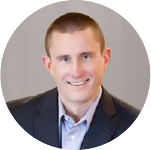 Brandon brings over 25 years of finance, accounting, Securities and Exchange Commission, and systems implementation experience to his financial leadership role at REcolorado. Previously, he was the head of finance and administration at InfoNow Corporation, the chief accountant for Formus Communications, and an auditor for Arthur Andersen. Brandon currently participates in the Council of MLS Accountants (CoMA) Group and in the past has participated in the CMLS industry Best Practices Workgroup and served on the CMLS Finance Section Council (as Chair and Co-Chair). Brandon is a Certified Public Accountant and holds a Bachelor of Business Administration degree in Accounting from Western Illinois University. 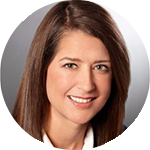 Deborah is responsible for leading the company’s integrated communications, marketing, and advertising strategy, as well as search engine optimization. In this role, she strengthens REcolorado’s corporate reputation by guiding external, executive, and digital communications, strategic marketing, branding, and industry relations.
​​​​​​​
Deborah has more than 20 years of corporate communications, marketing, and public relations experience including more than eight years with REcolorado. Prior to joining the REcolorado team, she served in various marketing, communications, and public relations roles for large corporations and nonprofit organizations. She holds a Bachelor of Science degree from Colorado State University and is currently the Past Chair for the Colorado Association of REALTORS® Foundation and Chair of the Colorado Association of REALTORS® MLS Forum. 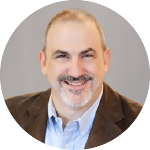 Robert leads the technology strategy, product management, software development, business solutions delivery, data center operations, and network services at REcolorado. He brings more than 30 years of experience in information technology, large-scale systems implementation, and program management to his role. Prior to joining REcolorado, Robert was a senior consultant of IT solutions at Lewis and Fowler and a senior program manager for Covestic. He holds a Bachelor of Business Administration degree and a Master of Business Administration degree. Robert attends the RESO bi-annual conferences and is a member of three RESO Workgroups: Cross-Platform Interoperability, Data Dictionary, and Internet Tracking.